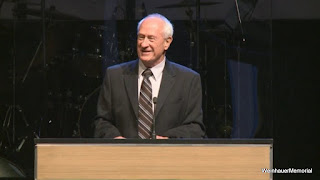 Because of Briercrest, a friendship began that has lasted 55 years. Just in the last little while, Carlin and I where on the telephone several times. We started our student days at Briercrest in 1959. Carlin was there, starting his education, and so was I as a freshman. A New York boy arrived on the prairies of Saskatchewan in a shiny black Royal Crowne Victoria Ford Car, pink and white leather interior. I’m not even sure which one it was, but one of those sleek cars that your grandpa liked. Dorm life was never dull. His processes were always far ahead of us. Class programs had pizazz such as Briercrest had never seen. I think of the King James rendering: that Carlin was “fearfully and wonderfully made.” Way back then Carlin had a dream. The dreams that he’d had ever since he was young. He was going to buy a Dodge power wagon. Do you remember that, Marcia? And we were going to drive through Central America to South America on a mission trip. Of course, I had not a bone of adventure in my body, so he had a hard time persuading me. 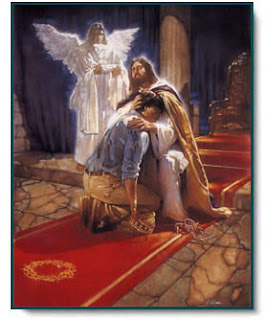 The foundation was laid for future service for Jesus.

Faculty days: 1969 to 1984. Carlin developed into a prince of preachers, an excellent communicator, and then he shared that passion for preaching with his pastoral students, and they started showing up all over Canada with those preaching skills that Carlin built into them. YQs, Youthquake, we worked together. Paul Magnus, Carlin Weinhauer, and myself. Carlin always had limitless ideas. I mean today you’d call him crazy, but they sort of worked in those days. One of the things was when he got an 18 wheeler and put the brakes on that thing on the ice packed tarmac and put all these ropes on it. He wanted to see how many kids it took to pull it. One of those things we did at Youthquake. I’m sure it wasn’t Paul’s idea.

Weekend ministries. Carlin was in great demand. Spent weekends throughout Saskatchewan and Canada. Just in the past couple days, as I’ve talked about coming to Carlin’s funeral, a pastor from Saskatoon said to me, “our church was revolutionized because Carlin came to minister to us.” I talked to another individual who said, “I’m in the family of God, because of Carlin’s ministry as he went all over the place.” I remember when he came home from weekend ministries. The first thing he’d do is call Dr. Hildebrandt, and say, “Dr. Hildebrandt, so and so many people came to know the Lord this weekend.” Always excited about what God was doing.

Our friendship continued to deepen. How often we would pile our families into that station wagon and drive to Moose Jaw to the National Café for Chinese food. Do you kids remember that? There were many important events and some of them have already been mentioned during those days. Carlin, I believe, was the first to proceed to get his PhD at the university of Alberta, as was indicated, before his 40th birthday. Marcia was diagnosed with cancer during those days. God was gracious and Marcia has been cancer free now for over 30 years

And then there were the board meeting days after Carlin left to come to Willingdon, and then he continued to serve for 20 years on the Briercrest board. Briercrest continued to benefit from his wisdom and his enthusiasm. To quote Carlin - there were so many. Somebody just reminded me the other day again. This is what they told me, “What’s down in the well comes up in the bucket.” Remember that one? Carlin sort of had the corner on that. Another one that I will never forget and has served me in good stead, “You never loose when you help somebody else win.” You never loose when you help somebody else win… Another one. “Tell me what you’re for, not what you’re against.” I like that positive upbeat attitude and spirit that Carlin brought to the board.

The last chapter, in a sense, with the Briercrest family, will be the days in heaven, because absent from the body is present with the Lord. And I can just about imagine Dr. and Mrs. Hildebrand standing there on April 19th, Dr. and Mrs. Budd, Gordy Diggins, Ernie Enns, and Joanne. When Carlin arrived, those who knew Carlin shouted and applauded on April 19th at 7am, but all the noise ceased when Jesus cupped Carlin’s chin in his nail-pierced hand and said, “Welcome home, my child. Welcome home. Well done thou good and faithful servant.” Marcia, Cheri and Howard, Lynda and Allan, Becky and Brian, and your families, on behalf of Michael Pawelke, our president, and the Briercrest family, we extend to you our heartfelt sympathy.

“Does Jesus care? When I’ve said goodbye to dearest on earth to me and my sad heart aches till it nearly breaks, is it ought to Him, does He see? Oh yes, He cares. I know He cares. His heart is touched with my grief. When the days are weary, the long nights dreary, I know my Saviour cares,” and so do we.